Advertising In Wilmington: Drivers Turn Up The Radio 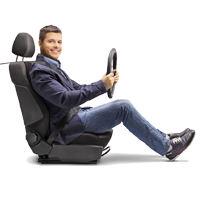 Radio came to Delaware on July 22, 1922 when WDEL signed-on. The station was put on the air by Willard S. Wilson. The station operated from Mr. Wilson's home until it moved to the Industrial Trust Building on Orange Street.

From that day, many predicted radio's success would succumb to advances from new technologies. In 1927, the challenge came from talking movies. In the 1940s, the predators were 13-inch TV sets. In the 1970s, it was 8-track and cassette tapes. In the past 20 years, there was a multi-flank attack from iPods, Zunes, YouTube, Sirius, XM, Pandora, Spotify,

So far, all of these challengers have failed. Not even a pandemic has been able to remove radio as a vital force in the life of Wilmington consumers.

Every week, according to Nielsen, more adults tune-in to Wilmington radio than watch TV or cable. Use social media platforms like Facebook or Instagram. Read newspapers. Or, stream music from Pandora or Spotify.