Advertising In Wilmington: Where Have The TV Viewers Gone?

During the past seven days. according to Nielsen, only 69.5% of local consumers tuned in to Wilmington, Delaware area television stations like WDPN, WPPX, KYW, WCAU, and WHYY.  TV's diminishing reach among adults 18 and older has been eclipsed by the audience size for social media, cable, and Wilmington radio. Furthermore, streaming video services such as Netflix, Hulu, Prime, and Disney+ are quickly reaching parity with over-the-air options.

The erosion of local TV station audiences is stunning when comparing prime-time ratings from the past.  In 1980, the highest-ranked TV show was Cheers with a 21.3 rating. The 30th-ranked show was The Wonder Years with a 14.2 rating.

Twenty years later, Survivor was the number one show with a 17.4 rating and Family Law was the 30th ranked show with an 8.8 rating.

Finally, in 2019, Sunday Night Football was the number one ranked show with a 10.9 rating. Survivor tied with Dancing With The Stars in 30th place with a 5.5 rating. 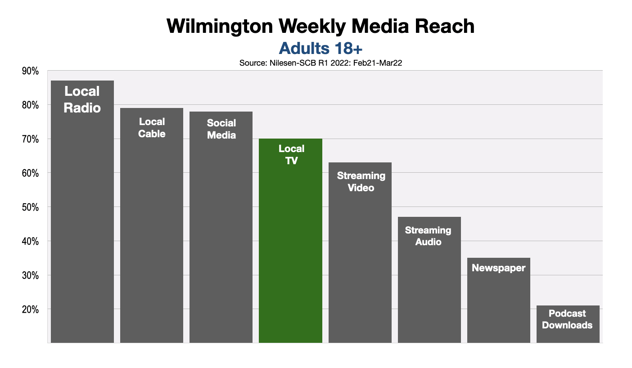 Not only has the overall reach of Wilmington television eroded to just 400,641 viewers, but those consumers are also spending less time watching broadcast TV and much more time with cable and streaming options.

According to Nielsen, in February of this year, local Tv's share of the time spent watching video stands at 26% compared to 28.7% with streaming options, and 35.4% with cable. 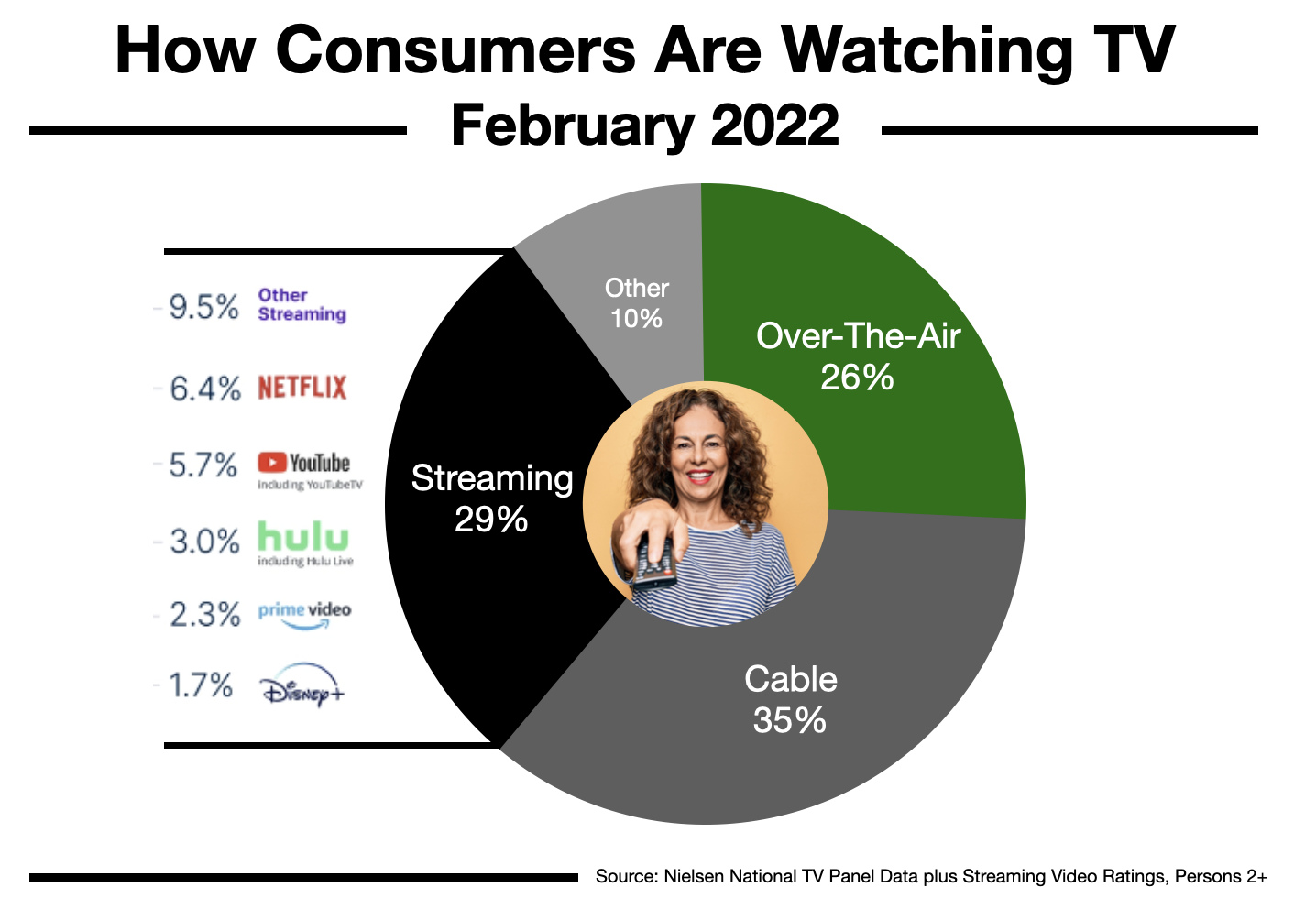 For Wilmington television advertisers who need to readjust their budgets to reach consumers who are migrating from local broadcast and cable stations to streaming TV, it is important to understand the two options that viewers have.

Many services, including Hulu and soon Netflix,  even offer Wilmington consumers the option to subscribe without commercials or to receive content for free in exchange for watching advertisements.

Unlike with traditional TV, local advertisers don't have to pick specific AVOD channels or programming to advertise in. Instead, Wilmington area business owners can identify the socio-economic qualities of the consumers they would like to reach and target the geographic area where the advertising will be seen. Then the advertisers' commercials would only be shown to those viewers on any advertising-supported streaming channel they might be watching.