How Much Time Do Wilmington Consumers Spend Watching Streaming TV? 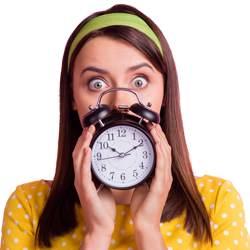 Every week, 397,000 Wilmington, Delaware area adults watch video programs delivered via the internet. This content goes by several interchangeable names, including OTT (Over-The-Top Television), CTV (Connected TV), and Streaming Video. For this article, we will refer to this type of content as Streaming TV.

Unlike traditional TV, cable, and satellite where the viewer needs to be in a fixed location, Tri-state consumers can access streaming TV anywhere using an internet-connected device. These include SmartTVs, Firesticks, Roku, smartphones, computers, laptops, tablets, and gaming consoles.

In all, according to Nielsen, 95.0% of Wilmington households have one or more devices capable of connecting to streaming TV. Although this medium is still new, streaming TV now rivals legacy media in its ability to reach local consumers. 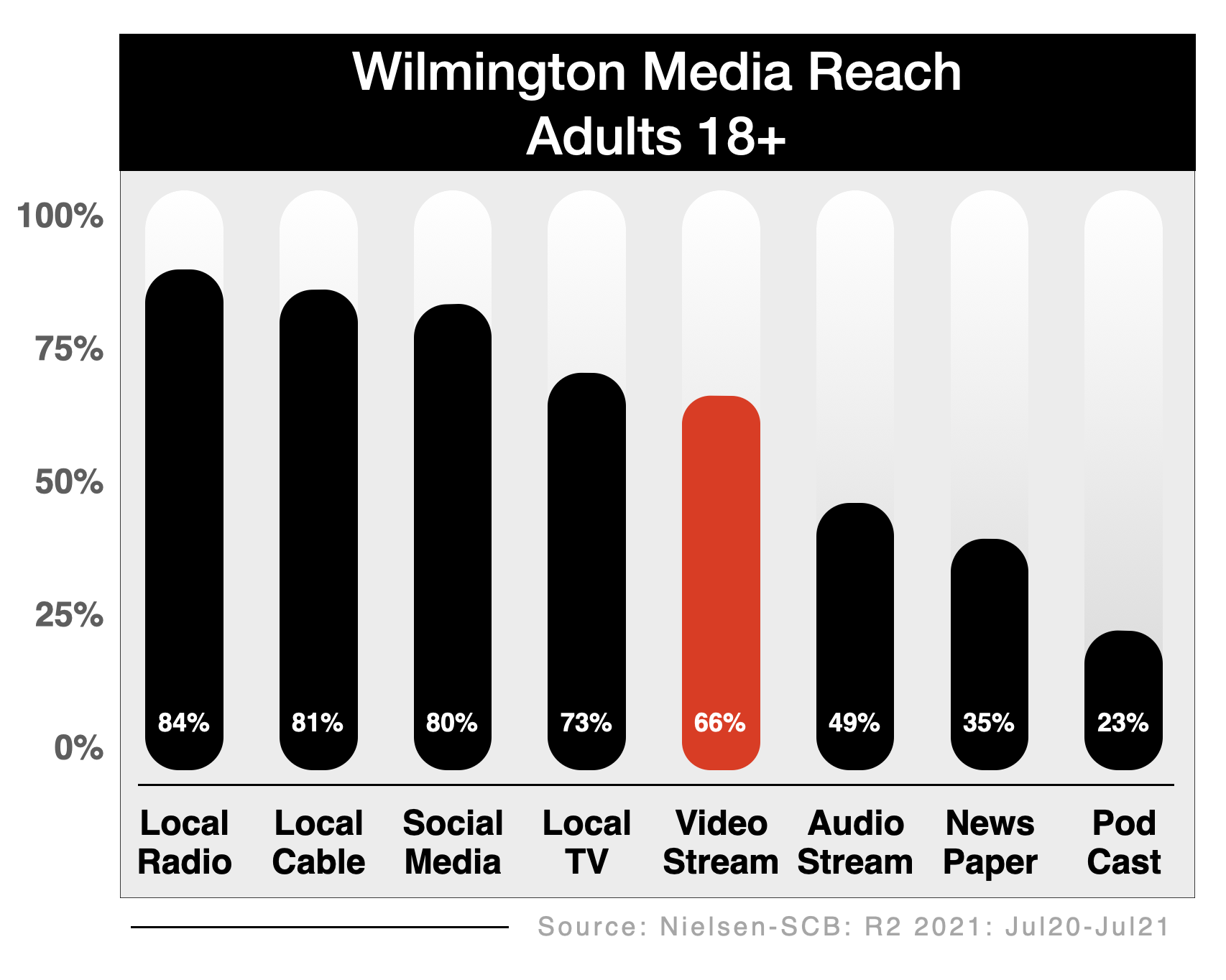 Based on projections from Nielsen, during the week of Christmas 2021, Wilmington consumers spent a record number of minutes watching streaming TV. Here's how it compares to the week of Thanksgiving and the weeks of March 2020 at the onset of the pandemic lockdowns. 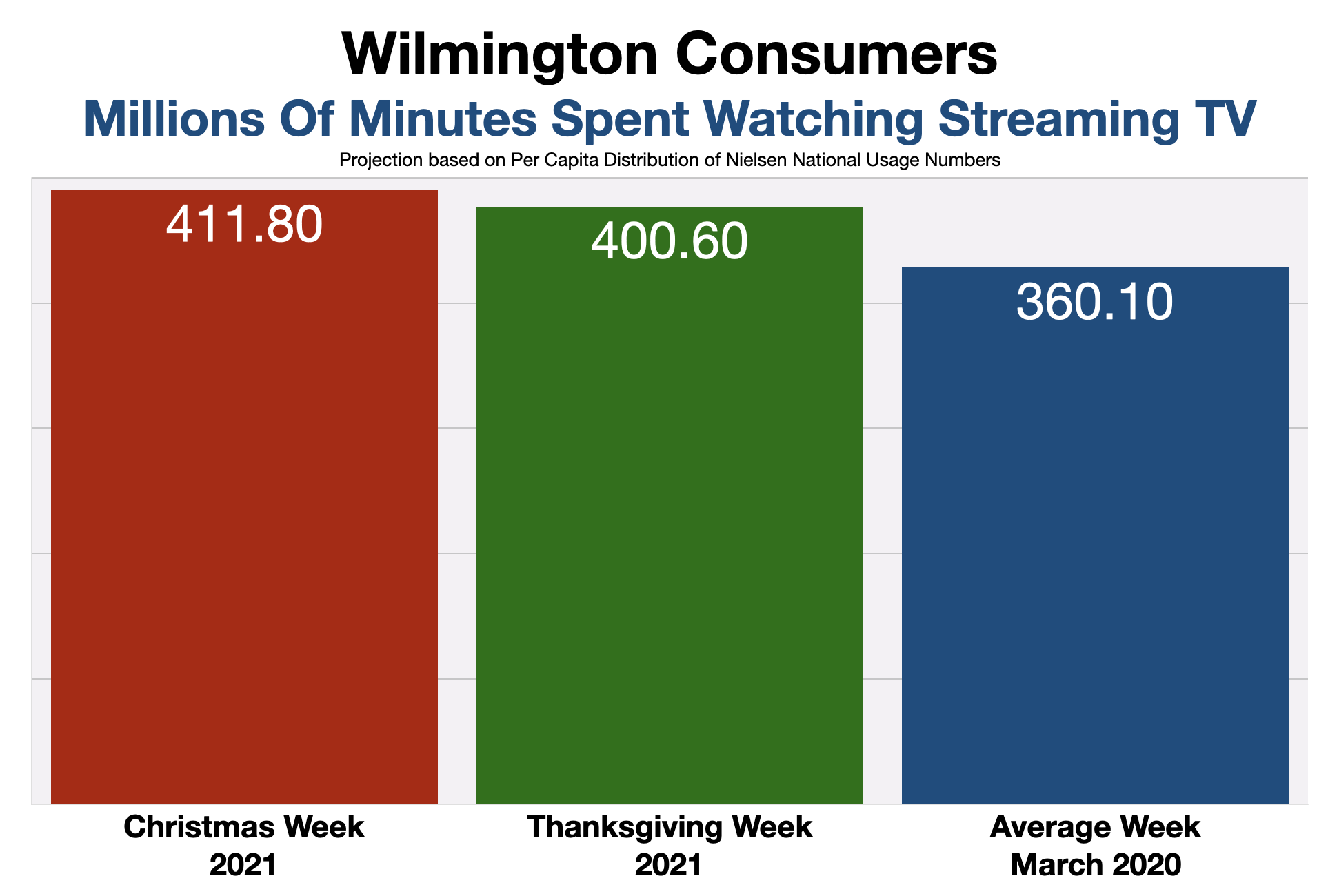 Wilmington consumers don't necessarily differentiate how they are watching their video content. Most think of it as just watching TV. According to Nielsen, Streaming TV now accounts for 27.7% of how they 'just watch TV'. This is more time than they spend watching local TV stations and slightly less time than viewers spend with cable. 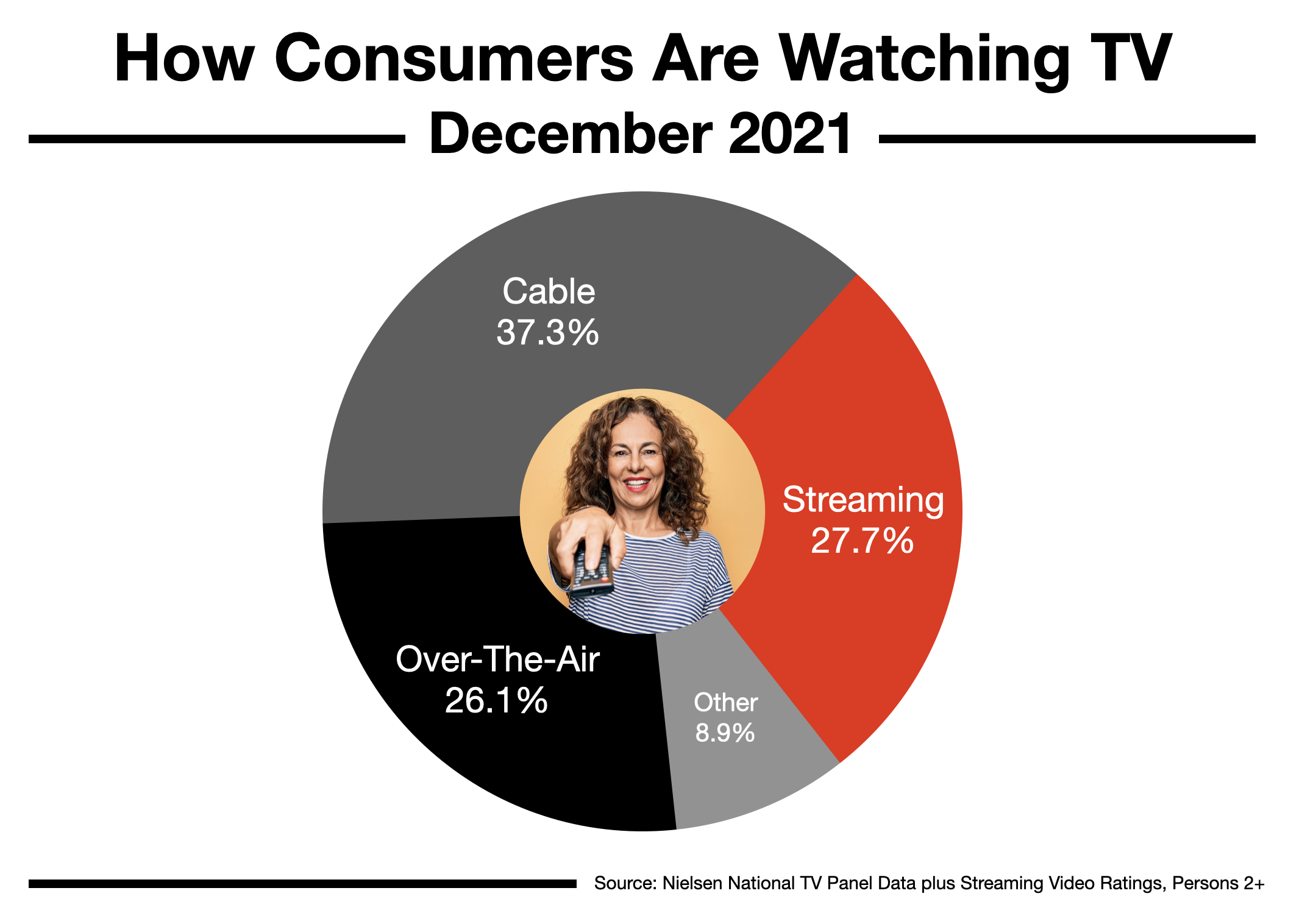 For Wilmington television advertisers who want to readjust their budgets to reach consumers who are migrating from local broadcast and cable stations to streaming TV, it is important to understand the two options that viewers have.

A few services even offer Wilmington consumers the option to subscribe without commercials or to receive content for free in exchange for watching advertisements.

Unlike with traditional TV, local advertisers don't have to pick specific AVOD channels or programming to advertise in. Instead, Wilmington area business owners can identify the socio-economic qualities of the consumers they would like to reach and target the geographic area where the advertising will be seen. Then the advertisers' commercials would only be shown to those viewers on any advertising-supported streaming channel they might be watching.