When Wilmington, Delaware's first radio station, WDEL, began broadcasting on July 22, 1922, the station needed a tall antenna and lots of buried copper cable to transmit its signal.  Radio receivers at the time were mostly homemade and involved a piece of crystalline mineral and a wire coil.

In 1994, there was a new way for Wilmington consumers to listen to the radio. That was the year local stations across the country began streaming their signals over the internet and listeners could use their computers (later their smartphones and smart speakers) as receiving devices. No big antennas, no wires, and no actual radio needed.

In 2021, according to Nielsen, Wilmington radio reaches more local consumers than any other advertising media option.

Neilsen finds, too, that 34.4% of all consumers who listen to a Wilmington radio station over-the-air will, at some point during the month, also connect to a local station via the internet.

Local small business owners who advertise on Wilmington radio to market the goods and services will often ask how the characteristics of streaming audiences compare to over-the-air audiences. The charts below answer those questions.  The demographic categories used are those that are most requested by local businesses. 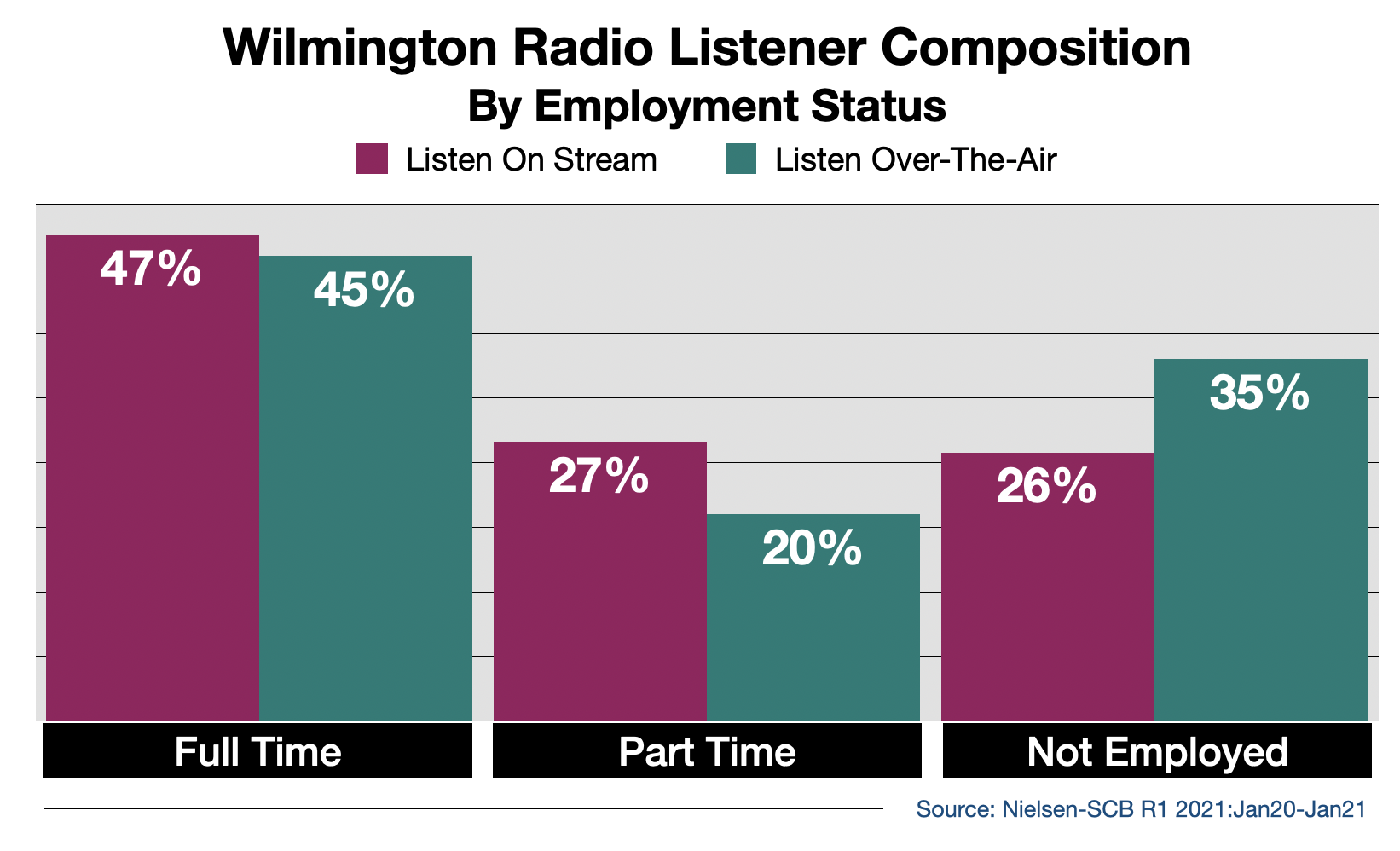 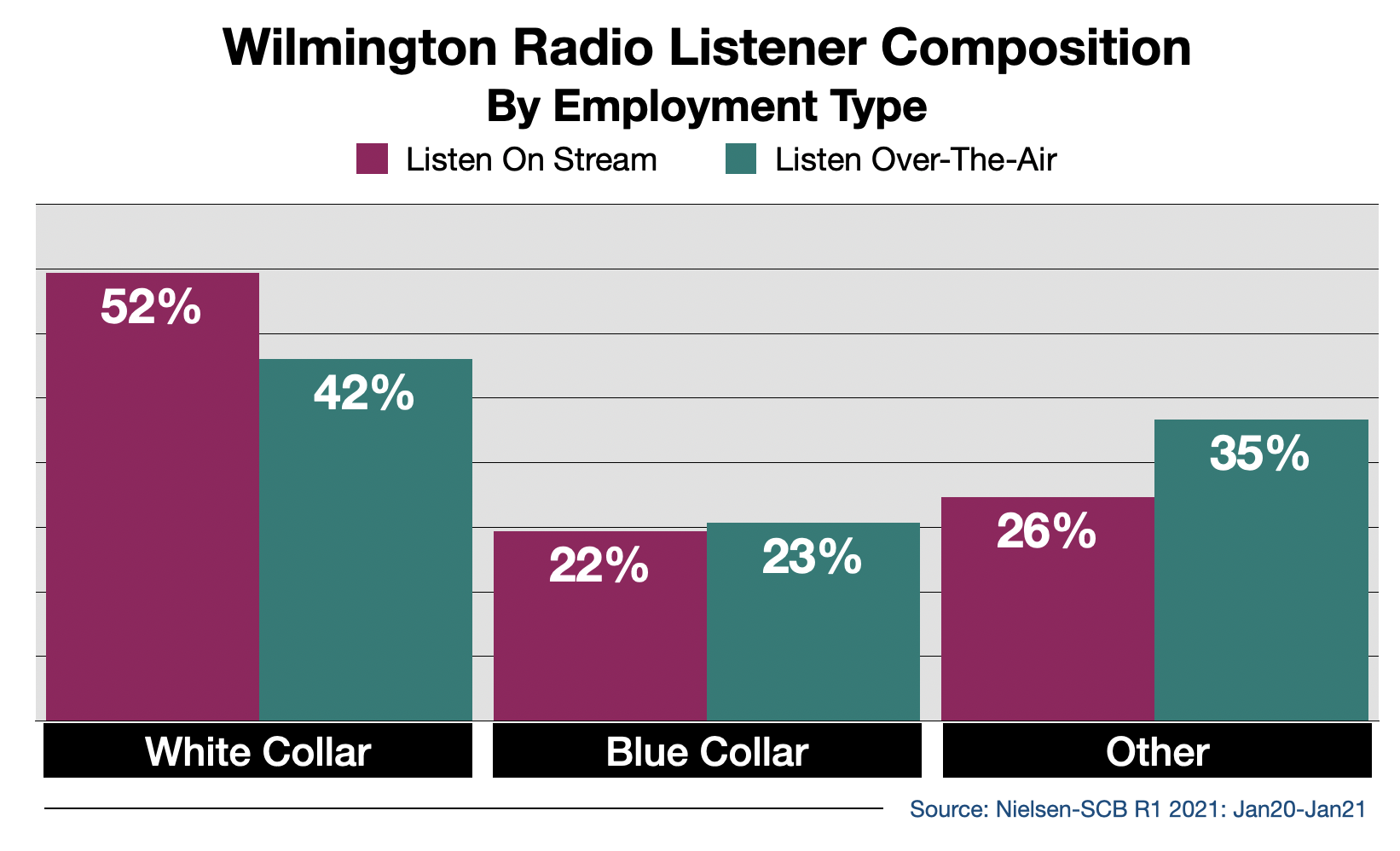 Across, the country, according to a new study by Edison Research, 12% of all listening to local radio occurs on a station's stream. This number has increased by 33% from just two years ago.

Good News: Most Wilmington radio stations duplicate their over-the-air programming including advertising on their internet stream. This means when a business owner buys an advertising campaign, the commercials will be heard on any device the listener is using. This could be a car radio, a smartphone, a tablet, a desktop computer, or a smart speaker. In other words, a commercial will never be missed.